Our Development Suite is a complete set of development tools that help guarantee application success through improved code quality, performance, and maintainability. We provide unmatched team-collaboration capabilities and productivity-enhancing automation. We reduce the risks and costs associated with bugs, performance validation, inconsistent coding standards, dispersed teams with varying skill levels, and more. We use seamless integration tools that empower you to get answers from industry experts.

C++ (pronounced cee plus plus) is a general purpose programming language. It has imperative, object-oriented and generic programming features, while also providing the facilities for low-level memory manipulation. It is designed with a bias for systems programming (e.g. embedded systems, operating system kernels), with performance, efficiency and flexibility of use as its design requirements. C++ has also been found useful in many other contexts, including desktop applications, servers (e.g. e-commerce, web search, SQL), performance critical applications (e.g. telephone switches, space probes) and entertainment software, such as video games.

C# (pronounced as see sharp) is a multi-paradigm programming language encompassing strong typing, imperative, declarative, functional, generic, object-oriented (class-based), and component-oriented programming disciplines. It was developed by Microsoft within its .NET initiative and later approved as a standard by Ecma (ECMA-334) and ISO (ISO/IEC 23270:2006). C# is one of the programming languages designed for the Common Language Infrastructure.

Java is a computer programming language that is concurrent, class-based, object-oriented, and specifically designed to have as few implementation dependencies as possible. It is intended to let application developers "write once, run anywhere" (WORA), meaning that code that runs on one platform does not need to be recompiled to run on another. Java applications are typically compiled to bytecode (class file) that can run on any Java virtual machine (JVM) regardless of computer architecture. Java is, as of 2014, one of the most popular programming languages in use, particularly for client-server web applications, with a reported 9 million developers. Java was originally developed by James Gosling at Sun Microsystems (which has since merged into Oracle Corporation) and released in 1995 as a core component of Sun Microsystems' Java platform. The language derives much of its syntax from C and C++, but it has fewer low-level facilities than either of them.

HTML5 is a core technology markup language of the Internet used for structuring and presenting content for the World Wide Web. It is the fifth revision of the HTML standard (created in 1990 and standardized as HTML 4 as of 1997) and, as of December 2012, is a candidate recommendation of the World Wide Web Consortium (W3C). Its core aims have been to improve the language with support for the latest multimedia while keeping it easily readable by humans and consistently understood by computers and devices (web browsers, parsers, etc.). HTML5 is intended to subsume not only HTML 4, but also XHTML 1 and DOM Level 2 HTML.

PHP is a server-side scripting language designed for web development, but also used as a general-purpose programming language. As of January 2013, PHP was installed on more than 240 million websites (39% of those sampled) and 2.1 million web servers. Originally created by Rasmus Lerdorf in 1994, the reference implementation of PHP (powered by the Zend Engine) is now produced by The PHP Group. While PHP originally stood for Personal Home Page, it now stands for PHP: Hypertext Preprocessor, which is a recursive backronym.

Drupal is a free and open-source content management framework written in PHP and distributed under the GNU General Public License. It is used as a back-end framework for at least 2.1% of all Web sites worldwide ranging from personal blogs to corporate, political, and government sites including WhiteHouse.gov and data.gov.uk. It is also used for knowledge management and business collaboration.

Specializing in the Following Databases 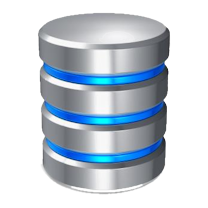